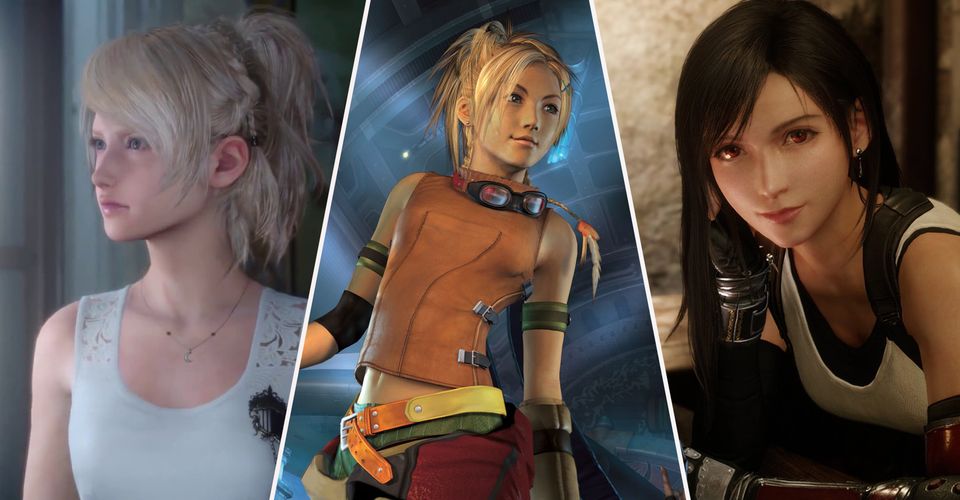 One of the most famous franchises that revolutionized the anime and gaming industry was Final Fantasy. The franchise is more famous among gamers than anime fans. They released the first Final Fantasy title for the fans in the gaming industry in the late 1980s and now have around 15 main titles that include many sequels,... / READ MORE /
/ coolpicko /

One of the most famous franchises that revolutionized the anime and gaming industry was Final Fantasy. The franchise is more famous among gamers than anime fans. They released the first Final Fantasy title for the fans in the gaming industry in the late 1980s and now have around 15 main titles that include many sequels, remakes, and remasters as well. Final Fantasy games are more known for their emotive stories, characters that will give you a very emotional touch and superb action. Final Fantasy fans follow astonishing cosplayers who play characters on Instagram and other social media platforms of characters like Rikku Thief, Summoner Yuna, Vanille and many other characters.

If you are a Final Fantasy fan, you can follow different cosplayers on social media platforms and get acquainted with your favorite Final Fantasy characters including some super cool female characters. There are many famous Final Fantasy female characters that cosplayers present and post on social media profiles. You can have a look at them using CenturyLink Internet services. One of the best things about CenturyLink’s internet service is the Centurylink internet prices that are very affordable and offer speeds that can fulfill your needs. Let’s give you a memory refresher and get you through some famous female Final Fantasy characters that you might remember as well.

She is one of the NPCs of the Final Fantasy 14 and was initially a Conjurer and moved further as a Sorceress and some amazing abilities including Black Mage. Y’shtola becomes one of the most important characters of the game and leaves her mark in the game having some memorable moments and gets the fans some amazing action that you can never forget. You can find her as one of the most followed characters off the Dissidia series

Beatrix is one of the generals of Alexandria and serves Queen Brahne who was the mother of Garnet. Players have their first encounters as the enemy and Beatrix becomes a party member on a temporary basis. As a citizen of Alexandria she is very loyal to Alexandria which becomes one of the most admirable qualities. She can use some white magic which is helpful for her to get along in battles. She uses her amazing Seiken abilities and also has some formidable sword skills that get an edge over enemies and extraordinary damage to the enemy that is more like Steiner’s Sword Art.

She is one of the playable characters in Final Fantasy 12 and Final Fantasy 12: Revenant Wings. She is one of the striking characters because of her association with the Viera race. She is the only non-human character that made her way to the cast and bears the title of “Master of Weapons” as the Viera race is known for their intellect, grace and immense craftsmanship. She has a dominating character and can just pass on a glare that can silence the other characters in the series.

Selphie Tilmitt is one of the playable characters in Final Fantasy 8 and is one of the active and energetic girls who love to participate in many extracurricular activities. These include things like planning Garden Festivals, running the school website but she is somewhat quite clumsy in nature as well. She is also quite young, lively and light-hearted as well. You can witness her in more serious scenes without being cringeworthy.

In the end, one can say that Final Fantasy has one of the most life-like, relatable and diverse female characters. You can follow these characters in the Final Fantasy series and games as well.

Caroline is doing her graduation in IT from the University of South California but keens to work as a freelance blogger. She loves to write on the latest information about IoT, technology, and business. She has innovative ideas and shares her experience with her readers.

DON'T MISS THIS ONE: Best Procedures to Treat Cancer

PREVIOUS POST
Here is The Best to Play Basic Poker
NEXT POST
Is Fantasy Cricket the most played amongst all fantasy leagues and why?